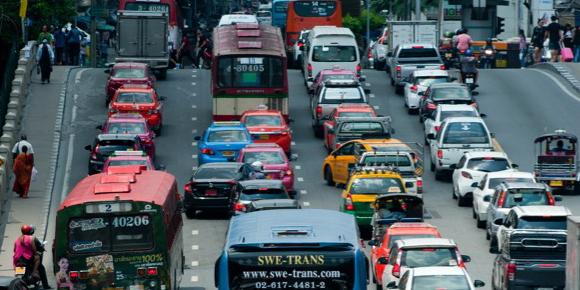 GRIEF is like traveling to a new destination and having an interruption that causes you to alter your route. In addition to your route being changed, unexpected expenses can occur, such as time. Then of course, its the frustration of waiting... waiting for a new flight, the roads to open up, etc.

Recently, I experienced a delay while traveling.  I was on Interstate I-40 when traffic slowed to a crawl, then a stop. I later heard the sirens of ambulances which preceded the parade of ambulances, firetrucks, and tow trucks.  I realized it was going to take some time, because there were only 2 lanes and I was stuck between exits. I could not move forward, although I wanted to.

After 2 hours, there was slight movement. It was at this point, I witnessed several cars utilize the police access area located between east and west bound traffic to escape the non-moving traffic. I thought this is an unfamiliar area for me. I would get off, only to have to re-enter this area again.  I decided, it was best that I remain in position until the accident was cleared.  Now, waiting was difficult. I kept second guessing myself about if this was the fastest line? did I make the right decision? etc. etc.

I have found that this mental aerobics occurs when experiencing grief and loss.  It is so easy to focus on the setbacks, whether or not you have made the right decision, and wondering if you had made different choices, what would have been the outcome?  Concentration on the "would have", "should have" and "could have" keeps you stuck . This way of thinking presents as permanent roadblocks and obstacles which prevent you from moving forward through the grief.

Then, after 4 hours, the traffic began to move, pick up momentum, and I was finally on my way to my original destination. I discovered that when traveling to an unfamiliar location, it's best to have a guide. If there was a guide, I would have been able to ask if there were alternate directions. Perhaps, I would have been able to reach my destination earlier because my guide was familiar with alternate routes. Grief is this same way, sometimes it's better to have a guide or a coach to help you maneuver through the grief, otherwise, it may hinder and/or delay you from moving forward.